Hello dear reader. I’d like to take a moment to apologise for my lack of contribution to this blog, and make a promise that there will be more going on in this neck of the woods from this moment on!

With my complete absence for, basically, the entire month of January (I’m afraid I must entirely place the blame on Uni, essays and my dreaded dissertation), I suppose I’m treating February as the new January by sharing with you my New Year’s resolutions for 2016. It is kind of a singular resolution, but collectively builds to many different and small changes I hope to make this year with the help of Kikki-K’s Habits Journal. 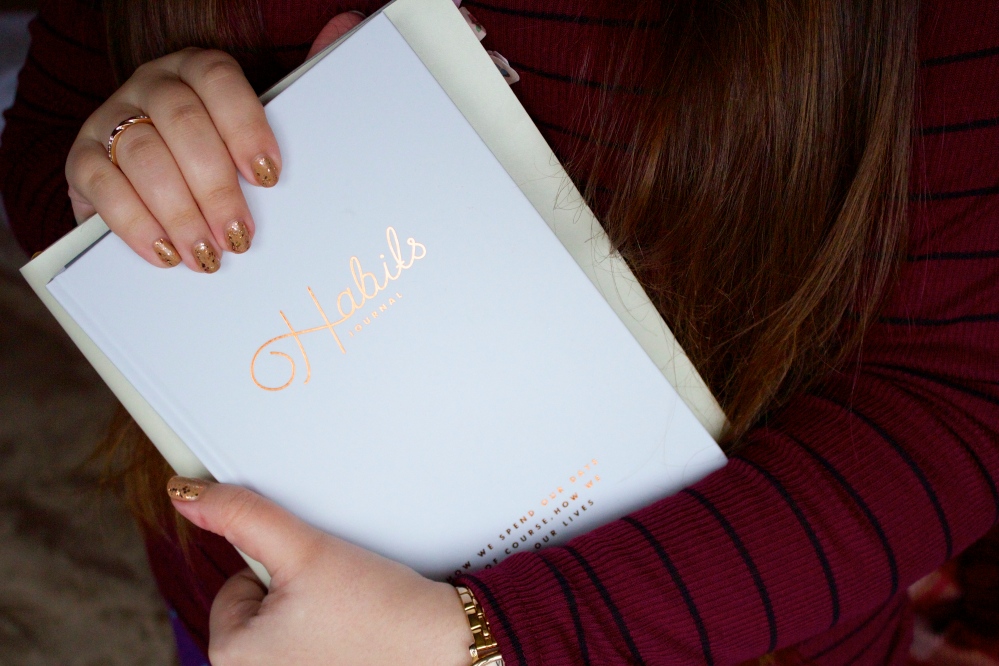 It all began when I was in London at the beginning of January, and spotted the most inviting store I think I may have come across in my life. I had essentially stepped away from the cobbles of Covent Garden and into stationery bliss. As well as selling general stationery items such as planners, notebooks, pens, pencils (you get the idea), Kikki.K had a selection of hardcover books at the front of the store, which are tailored to making changes in your life with the help of a daily/weekly journal. These should, in theory, motivate you to actively attempt to make these changes rather than just contemplating doing them. It’s all very well saying in your head that you’re going to do all these things in 2016, but if you never write them down how will you be encouraged to do so?

Anyway, in the end I chose the Habits Journal because this best suited the small but many changes I wanted to implement this year. This one in particular is all about taking away habits which you view as being negative, for example spending too much time of your day on social media or going to bed too late, and replacing them with new and positive ones.

The Journal itself comprises of twelve tabbed months of the year and prior to the monthly plans are also very useful pages on how to use the book and how to initially start to change your bad habits. There’s plenty of space for you to write down your various goals (one of mine for example is to drink at least two litres of water each day) and also plenty of inspirational advice along the way.

According to the journal, research has shown that it takes around 66 days to fully establish a new habit, so it does require a bit of perseverance. But, if you have successfully enforced your new habit into your lifestyle every day for those 66 days you should, potentially, have developed a new and positive habit which should be much more realistic to maintain.

The journal also says that ‘habits are formed by neurological cravings in your brain that associate a specific trigger with a specific reward. So that, over time, you expect to feel a certain way when completing a certain activity.’ Now I am definitely no scientist so I really can’t make an educated comment on this. However, the three system analogy seems quite logical in that a trigger, a routine and a reward all create the various forms of habits we acquire in our lives. We must know the three components that make up our habits in order to change them, which is a method the journal uses to encourage the formation of positive habits.

Each month you start by writing the main “positive habit” you wish to improve on and then write an additional three that you still want to accomplish. After that you reflect weekly on your new habit by commenting on the strengths, weaknesses and what you feel you need to do in the coming week. The journal makes sure you always have something to write almost every day by also having a monthly spreadsheet at the end of each month. With this you can write your daily activities that are centred around forming your new habit. 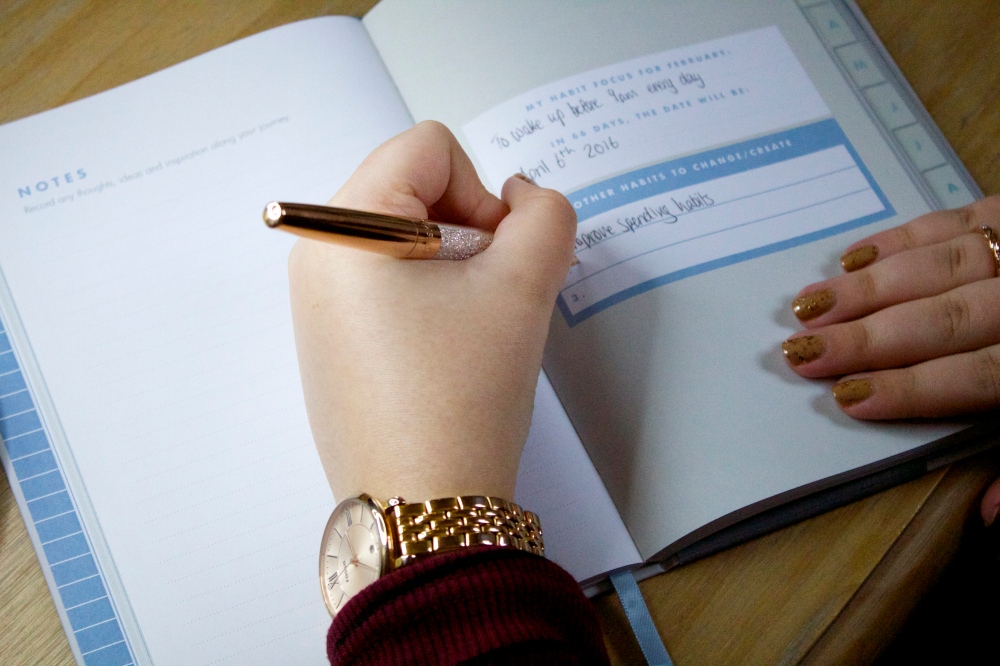 So that is my resolution for this year, to keep up to date with my new journal, which in turn will establish new and positive habits.

Hopefully you enjoyed the first post of the new year and I would recommend heading to Kikki-K’s website (if you can’t get to a store) and look under “Inspirational Journals”. They do ones for happiness, mindfulness, healthy eating and much more. There will be something suitable for everyone I think.

A Little Disclaimer- All products featured have been purchased  with my own money or have been gifts from friends and family. I am not affiliated with any of the companies mentioned and all opinions are entirely my own and honest. All pictures on this post have been taken by yours truly.